Founding members C.J. Pierce, Stevie Benton and Mike Luce have played together for an uninterrupted 25 years, with Moreno joining the band in 2012. The singer’s 2013 debut, Resilience, was recently RIAA-certified gold, further cementing Drowning Pool’s presence as a pioneer of the nu-metal movement and one of the new millennium’s premier hard rock/heavy metal crossovers.

Fueled by the hit singles “Bodies,” “Tear Away” and title track “Sinner,” the band’s 2001 debut is currently RIAA-certified platinum and closing in on double-platinum status. With a platinum album and two gold records already on their résumé , Drowning Pool are looking to the future with the new release.

“I’m so grateful for such a big opportunity and proud of everyone’s hard work that afforded us this chance,” says lead singer Jasen Moreno. “It’s been such a flood of emotions since we started recording this album and talking to Universal. It almost didn’t seem real when everything was put on pause because of Covid. I’m so eager for people to hear the new record and get out there and perform it live. I’m very excited and I welcome the pressure of the moment, but what I feel most is gratitude and anticipation for what the future holds.”

The album and deal were completed prior to the pandemic that put the music industry on hold in March 2020, giving the band the rare opportunity to live with a finished album for more than a year and a half before they could make plans for its release.

“I don’t want to be one of those guys who spouts off about Strike A Nerve being the greatest record we’ve ever made, but I’m looking forward to letting everyone who hears it have that debate,” says bassist Stevie Benton. “What I will say is that we put every bit of our heart and soul into these songs and hope everyone digs the album as much as we do.”

A first glimpse at Strike A Nerve was offered to fans on the Shiprocked cruise where the band unveiled the title track and “Hate Against Hate” live during a January 22 headlining set. A new track will be added to the band’s setlist with the band’s return to the road in March when they embark on their Brothers In Arms Tour along with longtime friends Ill Niño and (Hed) P.E

The tour comes on the heels of the 20th Anniversary of Drowning Pool’s Sinner debut, which saw the album released on vinyl for the first time. The LP release included a standard black vinyl version, a limited number of turquoise vinyl available exclusively through Revolver Magazine, and a forthcoming limited edition run of 666 copies on blood-red vinyl to be available exclusively through the band. 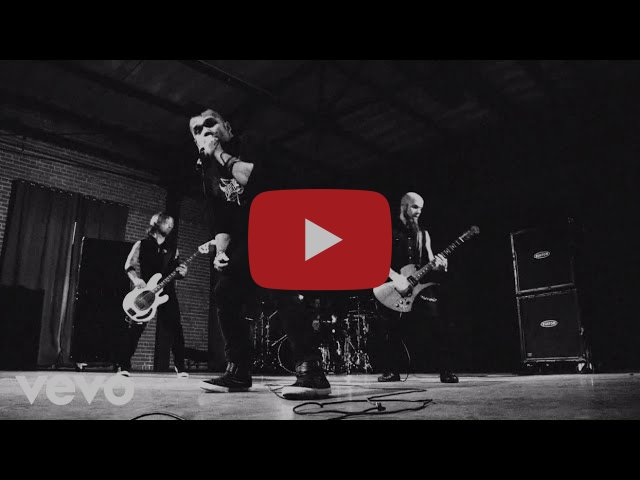 Formed by Pierce, Benton and Luce in Dallas, TX in 1996, Drowning Pool began as an instrumental trio, named after the 1975 film The Drowning Pool. The group enlisted singer Dave Williams to join their fold three years later and the band signed with Wind-up Records which released Sinner in 2001. Williams died tragically on tour August 14, 2002, stricken by hypertrophic cardiomyopathy, an undiagnosed heart condition. Sinner stands as his only studio album with Drowning Pool.

Jasen Moreno has fronted the band since 2012. In addition to being Drowning Pool’s longest- tenured frontman, he is also the only singer to record three studio albums with the band.

“As a band, we’ve been through all the ups and downs you can imagine and then some,” says drummer Mike Luce. “When our manager told us that Universal was interested, we were beyond excited, but honestly thought it was just a pipe dream. Then we met the team, things became real, and we realized that they truly are as passionate about music as we are. After all that we’ve been through, being a part of the Universal family is just an unimaginable moment.”

Usually the talkative one, guitarist C.J. Pierce sums it up succinctly: “We’re grateful, thankful as hell, and looking forward to a long-lasting relationship with UMe.”