There have been a few lineup changes since Chicago last played the Fred Kavli Theatre in Thousand Oaks, CA a year ago. Just two months ago it was announced that Chicago drummer of twenty-seven years, Tris Imboden was leaving the band.  Imboden was the permanent replacement for original drummer, Danny Seraphine. Two days later bassist/vocalist Jeff Coffey announced leaving the band as well due to the band’s heavy touring schedule. Coffey a member since 2016, had replaced Jason Scheff who was with the band for thirty-one years from the time Peter Cetera left for a solo career. Chicago percussionist, Walfredo Reyes a band member since 2012, moved to drums and his brother Daniel De Los Reyes (Zac Brown Band) took over percussion.  As for bass and vocals, it was split into two parts with Chicago tribute band Brass Transit singer Neil Donell and session musician Brett Simons as the new bassist. Last year was the 50th anniversary of Chicago, which included a major headlining tour as well as a co-headlining tour with the Doobie Brothers. This year, Chicago has a residency in Las Vegas (February) in addition to their own tour and will be back over the summer with REO Speedwagon. Through various lineup changes over their career of five decades, founding members Robert Lamm (keys/vocals), James Pankow (trombone/percussion/vocals), and Lee Loughnane (Trumpet/Vocals/percussion) remain. With last year’s tour being the band’s 50th Anniversary, their set was full of hits. However, this time Chicago is playing their second album which includes songs which they haven’t performed in over 4 decades. The show started at 7:30 and ran for an hour before intermission. For this show, the band traveled from Las Vegas for one night and returned to Vegas the following day to continue their residency at the Venetian which wraps up on the 24th this month. Chicago opened up with the first song of Chicago II “Movin’ In,” and played through side one of the album and song one of side two “Wake Up Sunshine,” followed by “Ballet For a Girl in Buchannon,” which includes their hits “Make Me Smile,” and “Colour My World.” The band continued with “Fancy Colours” and played the album through until the end, however they played “25 or 6 to 4” as the last song of set one rather than where it is placed on the album as the second song on side three.

Set 2 started after a 25-minute intermission and was all greatest hits starting with “Beginnings,” and Questions 67 and 68 which are usually the first two songs of a Chicago show. The hits kept coming with “If You Leave Me Now,” “Dialogue (Part 1 and 2), “Call On Me,” “Does Anybody Really Know What Time It Is?,” “Hard Habit To Break,” “You’re The Inspiration,” “I’m A Man,” with an incredible drum solo from the Reyes brothers which included Walfredo and Daniel trading places mid solo without missing a beat. The band continued with “Street Player,” “Just You N’ Me,” and finished with “Saturday In The Park,” combined with “Feelin’ Stronger Everyday.” 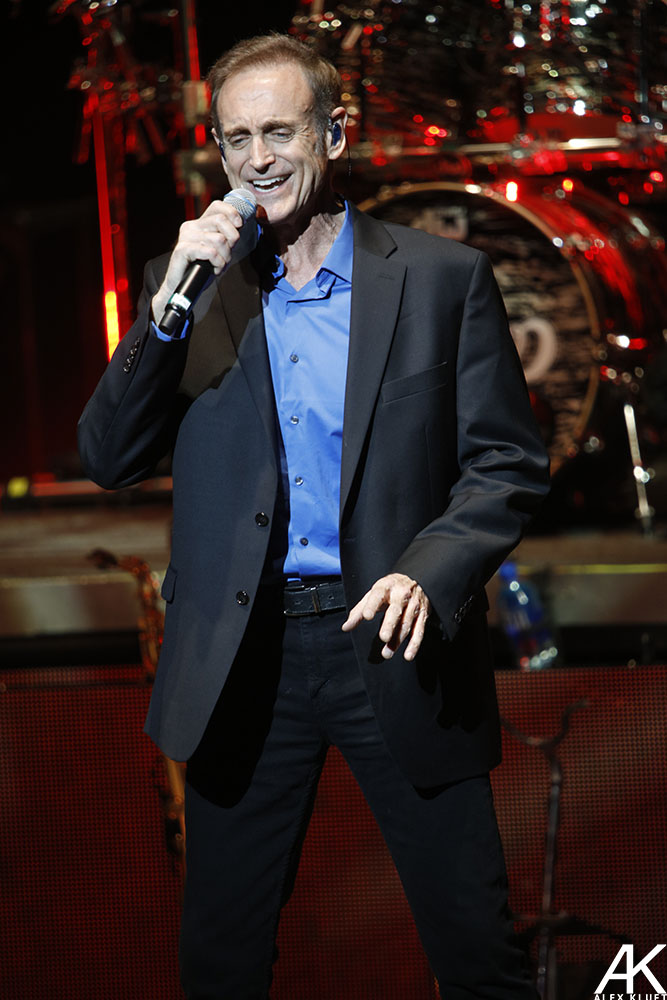 Bananarama at the Novo in Los Angeles, ...